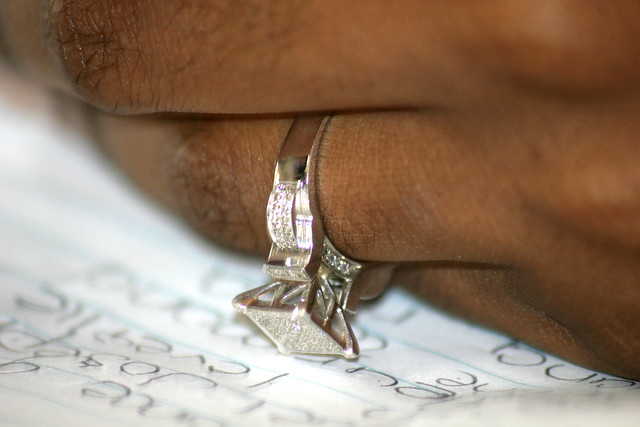 There are people who just never seem to transition into this whole adult thing we have to do. They just seem to love life, playfully go from one adventure to the next.

Sometimes when you hang with them, you totally forget that they’re an adult and that you’ve got your own responsibility. Always that sweet pleasant laugh that is so contagious. Jokes abound.

Well, those people have a dark side too. One where smiles aren’t always in order and things don’t seem to make perfect sense. In fact, sometimes, those moments makes you think a bit about your life and how you’re living.

That’s where the Spiderman Kiss story comes from. A lady who just is filled with life having a moment where she didn’t smile.

Before that big scene, this lady was all smiles and all zest to get married. She was the perfect bride to be. No demands, no stress, no pushing and ordering people around. Just, let’s get this show on the road. Well, on the surface anyway. 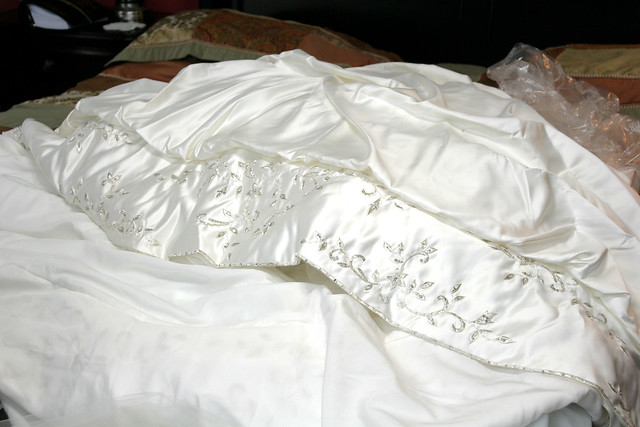 The work up to the wedding day was a bit stressful for the photog as well. This was one of the many new wedding ceremonies to photograph early in his career. Getting this right was not only important but critical as the bride to be was a family friend.

Now, understand this, getting a photo that captures the amount of energy this woman poses is not easy. She’s always cheered up. And for a huge ceremony with a very serious dapper hilarious fiance, that special photo was not going to be easy to choreograph. If anything, random luck would have to come into play. 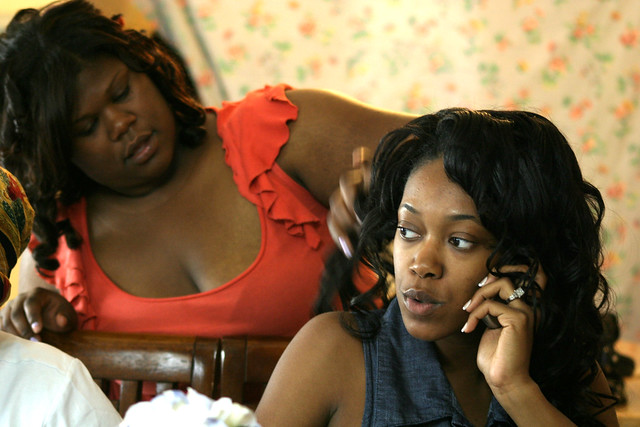 As with all wedding parties, bringing everyone to order was what one expected. Everyone was worried about looking their part and not messing up. The photos behind the scenes were easy to do, as no one was paying the photog any mind.

Where things got a bit more interesting was the trip to the church. That’s where the smile of the bride started to fade. Not the worry or cold feet variety but the sobering thought that adulting is about to start.

The ceremony was touching and moving. The speakers knew how to move the crowd. And a crowd it was. So many were touched by that infections smile and laugh. All wanted to wish this lovely lady well. 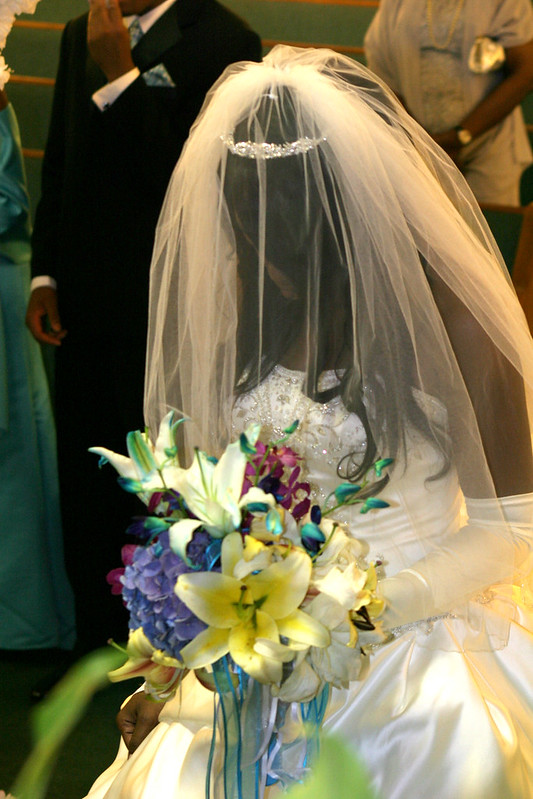 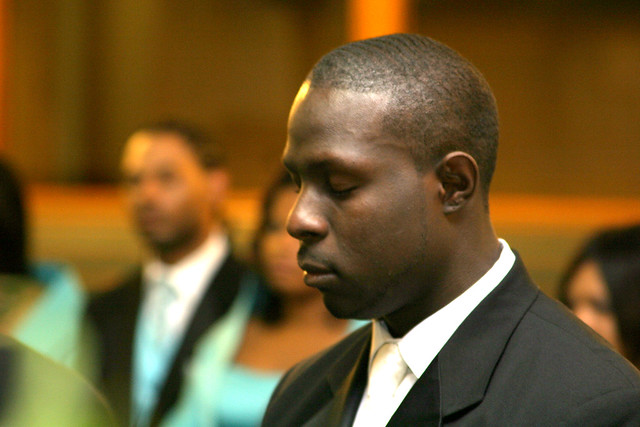 Ms Smiles wasn’t her usual self. Way too serious during the ceremony. Whatever was on her mind, no one would ever find out. Thankfully, the veil proved very handy to mask the seriousness and the photos were good. That’s not to say she didn’t smile or laugh, just not her usual way. 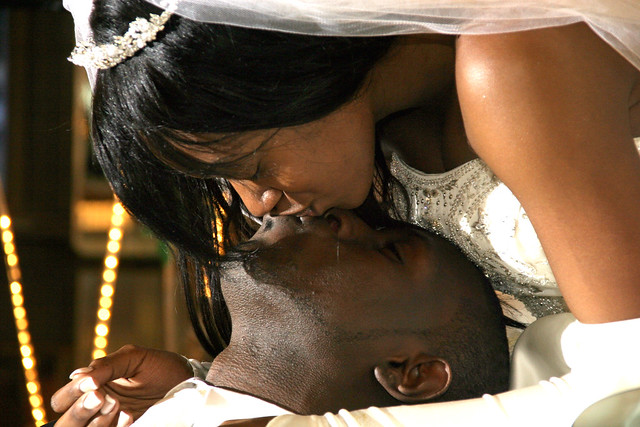 During the reception, a moment of pause came. The couple slipped by all the cameras and headed out to talk. Not sure what talk they were about to take, but the rest of the herd of cameras were missing the action, so the photog ran in pursuit to follow any news worth immortalizing on film.

Whatever chat they were having was really working as Mrs Smiles was now smiling again. The connection was sparkling and the warmth of their relationship was very evident. One understood easily why they were meant for each other.

Maybe it was the heels or just the length of the day, the bride took a seat on one of the lounge chairs and kept smiling and giggling at everything her man was saying. Unlike most guys who would have pulled up a seat, or sat on the arm rest, this groom, like a big child… plopped himself on the ground in front of his lady to keep talking.

She carefully and with great care maneuvered him around so that he was now sitting between her legs facing away from her. Puzzled, the photog moved in for a photo. Whatever was going one was different and… well… different.

As the lights were being adjusted, in the corner of his eye, the photog saw something magical. Her eyes were twinkling without a smile to support it. She was in that trance folks get when their hormones start to rage. Yeah, they would soon be heading to their honeymoon suit. It was that time.

She tilted his head back and leaned in for a stolen kiss. 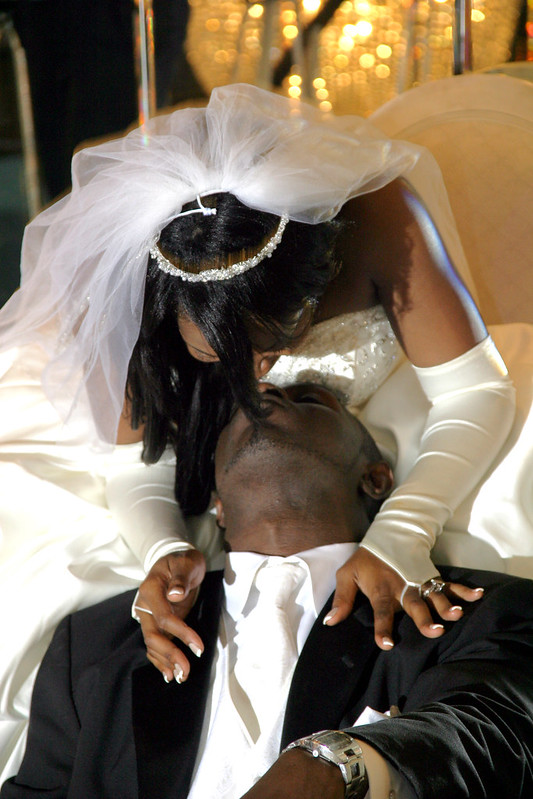 A once in a life time kiss moment. The electricity that erupted nearly short circuited the lighting of the hallway. A scream was heard in the distant background and doors opened and folks swarmed in to try and capture that kiss that was ending. The pulsating roar of the now overflowing hallway suggested that everyone had been waiting for that very kiss, as it was being made famous by the movie holding that name in theaters at the time.

The kiss was not to be repeated. The photog was the only one to have the fortune of grabbing this moment for eternity.

Will there be other moments like this, of course yes, however, given the license to kiss they carry, the photog will not be around to capture these moments on film. The satisfaction of having caught this one one time will have to do. 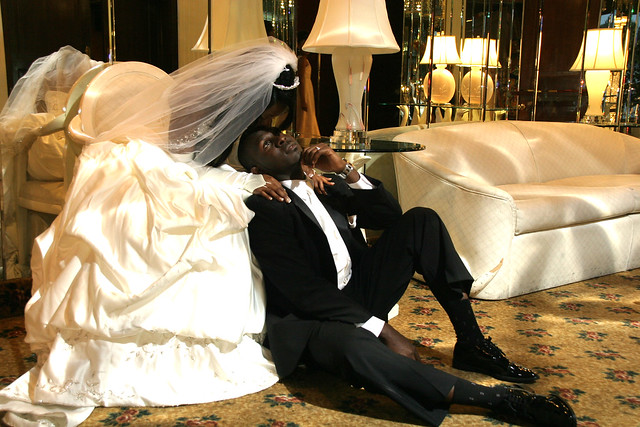 to protect the innocence of the purity of their wedding day, a few small modifications in the time line of events was made… but the attached photos from my early days hold enough proof to uphold the validity of the written word

5 thoughts on “That Spiderman Kiss”