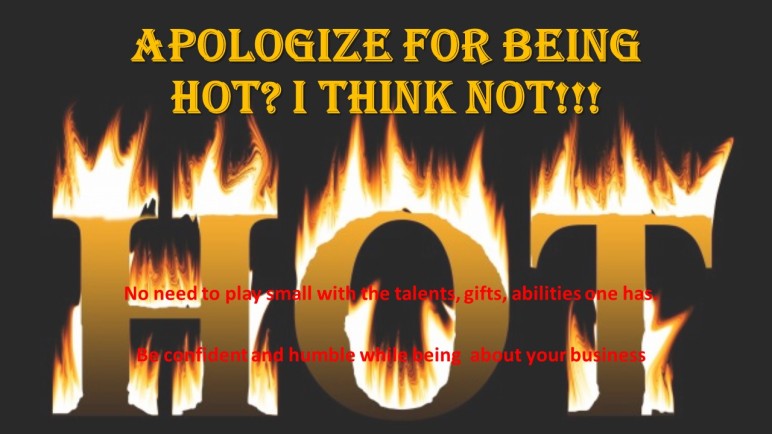 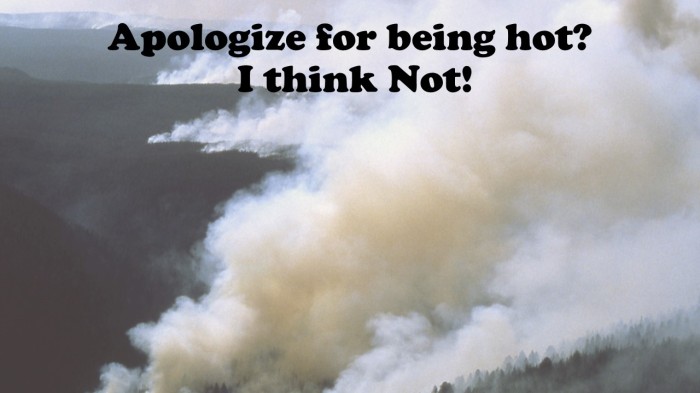 Wait, Apologize for being hot? I think not!

“You shouldn’t go around looking this good, it is not healthy, and it’s distracting” she told the young man. He was not sure what to make of this rather odd compliment, he was just coming to church to have a prayer about his grandmother’s health. Why the lecture?

You see, the problem was that this young man was well groomed with a sharp bow-tie, crisp fitted suit, and sharp haircut. The man was not one who slouched in his appearance. Having been raised to be an outstanding member of the community, he dressed the part.

The lady, as well meaning as she was, felt a young twenty year old was wasting money by looking very dapper. What she didn’t know was that the bow-tie was hand made, the suit was purchased at Goodwill, and the swagger was from years of being taught good posture. Not a showcasing of how much money the man could spend from his tuition loan package.

The lady was in essence asking this young man to apologize for being hot… instead of encouraging his sense of style. She meant well, but apologizing for being hot… I think not. (sadly, this author has witness this play out too many times)

Why would you do that to begin with?

Well, good question. Why would you apologize for being hot? Aren’t you fearfully and wonderfully made in God’s image? Assuming you do believe in God. Why would you think His creation would be horrible? Especially when He called it good. The Man rarely calls anything good.

This is not just a question of looks either, not just about money, or status. Many folks are under a lot of pressure to apologize for being in their station in life… or for the blessings they’re enjoying.

How come society expects girls to apologize and not guys?

The damages to society by having 50% of it’s population feeling sorry for their own existence is robbing the whole planet of valuable intellectual assets that could be solving world issues, local issues, and international problems.

Guys don’t go around feeling bad that they are good looking. In fact, some not so pleasing to the eyes guys really think they are God’s gift to women, they go chase and get the girl, and then, do as they please.

We’re not advocating over-confidence here, but, let’s stop asking women to apologize for being hot. Rant over

back to the topic at hand on the next page

2 thoughts on “Apologize for being hot? I think not!”